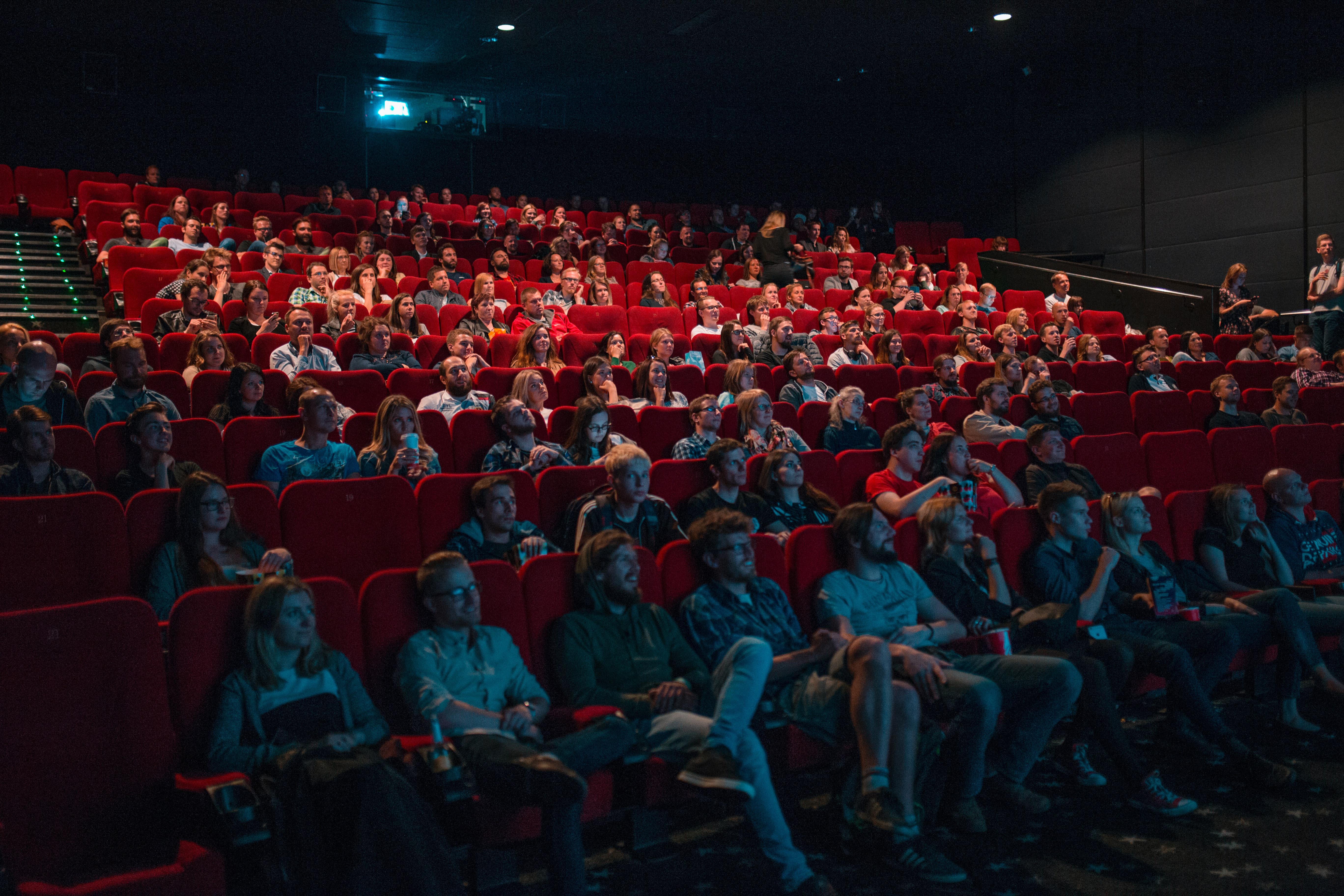 Here is a list of 10 all-time great movies from various genres that everyone must watch.

1. Midnight Run (1988) This film series by Martin Brest is the story of a furious hunter named Jack Walsh chasing his accountant – Jonathan Mardukas, who not just stole $15 million from him but also skipped out on a $450,000 bail posted for him. This one is questionable morality of Jonathan ‘The Duke’ who is the slippery Mafia bookkeeper, everyone is after - especially Robert De Niro’s bounty hunter, Jack Walsh. The Duke’s in possession of the financial documents that could help the Feds put his bosses into jail for good - but they won’t mean a thing unless he reaches Los Angeles in time to testify. With just 24 hours to get from New York to LA, it’s a race against time for De Niro to get The Duke to court, and collect his own reward.

The entire movie is a chase between the two in a comical way. And in the end, both of them end in a much better position from where they started.

2. The Untouchables (1987) This drama movie by Brian De Palma is an inspiration for accountants to fight against illegal activities. It revolves around a team of accountants that exposed a famous gangster, Al Capone, and put him behind bars for tax evasion. The FBI agent Oscar Wallace is also an accountant who plays a major role in catching the criminal.

3. Ghostbusters (1984) Chartered accountant Louis Tully is the hapless CPA who lives in a building that just so happens to be the portal to another, not-so-pleasant dimension. In between getting possessed by an evil demi-god and flirting awkwardly with his neighbor (played by Sigourney Weaver), he finds time to host a party - but just for his clients, “so that it’s tax-deductible”. He has a party and only invites clients so he can write it off. “This is real smoked salmon from Nova Scotia. $24.95 a pound. It only cost me $14.12 after-tax, though. I'm giving this party as a promotional expense, that's why I invited clients instead of friends. He may be a nerd, but he’s a lovable one!

4. The Other Guys (2010) Mild-mannered forensic accountant Gamble hides some dark secrets – not least that he used to moonlight as a pimp under the pseudonym ‘Gator’, and that he’s had at least two wives walk out on him.

It might sound dark, but Will Ferrell couldn’t be funnier as the split-personality bookkeeper in this action-packed cop spoof. Mark Walhberg plays his opposite number as they race to prove the guilt of a crooked British billionaire.

5. Inside Job (2010) This Academy Award-winning movie by Charles Ferguson is a documentary on the financial crisis of 2008. It is a detailed examination of the circumstances that led to the slowdown of the economy due to which millions of US citizens lost their jobs and houses.

This documentary covers not only the financial condition of the US but many other countries such as China and Iceland that were impacted by this global recession. Inside Job is a masterful documentary that has all aspects of what a great documentary should have; direction, deep facts, sequential storyline, and both sides of the coin. Every accountant should be well-aware of this historic crisis, and hence, this movie is a must-watch for them.

Cast: Matt Damon (AS) Self-Narrator, Gylfi Zoega (AS) Self -Professor of Economics

6. Insider (1999) This drama movie by Michael Mann revolves around the working of a company – Brown and Williamson Tobacco Company. It gives an insight into the company’s functionality and its politics.

This movie shows how accountants have to make certain tough choices within the company and is a reminder for them always to make the right decision, even when it’s not the best thing to do.

7. Hitch (2005) Albert Brennaman is the bumbling accountant at an investment bank, desperate to win the heart of one of his clients, who calls on the help of Will Smith’s ‘Dr. Date’ - the eponymous Hitch. Although Albert’s truly terrible dancing almost derails his efforts, with Hitch’s help he manages to win the day - and all he had to do was be himself (aww!). It’s not often you get a romantic comedy about an accountant, and we think this might be your favorite.

Cast: Will Smith (AS) Hitch, Eva Mendes (AS) Sara

8. Stranger Than Fiction (2006) This film is classified as a dramedy in which the story revolves around Harold Crick, an accountant. He loves numbers and has a habit of involving counting even in everyday tasks like brushing. Harold Crick - Definitely not the IRS auditor you want to be assigned to your case. He counts everything from the number of strokes when he brushes his teeth, down to the number of steps he takes from his apartment to the bus stop. The movie introduces a novelist who has unfinished writing wherein Harold is portrayed as the protagonist.

This movie teaches that it is crucial to live your life to the fullest and there is much more in the world than just number-crunching.

9. The Accountant (2016) This entertainment-packed drama movie by Gavin O’Connor revolves around the life of an accountant- Christian Wolff (Ben Affleck), who works for illegal companies and helps them manipulate their financial records. This one is every accounting nerd’s fantasy. At the start of the movie, you see Ben Affleck going out of the way to help out people with their taxes. He goes ahead and takes care of bookkeeping problems for international organizations; both illegal and legal. An hour into the movie, we find that he is extremely well-adept at fighting in close combat and in gunfights. When caught by the FBI, he takes up other legitimate clients to outsmart the FBI. Who says accountants can’t be sexy, dangerous, and exciting? Affleck’s character certainly checked all three of those boxes in this thriller. He’s an accountant you want on your side for many reasons. Though, the movie is not that logical in its storyline; it is a brilliantly entertaining one and a movie that all accountants would love.

10. Nick of Time is an American political action thriller film directed by John Badham. Taking place in real-time, the film follows a public accountant who must assassinate a politician in exchange for his kidnapped daughter's freedom. Gene Watson is an ordinary public accountant returning home from his ex-wife's funeral and is met by Mr. Smith and Ms. Jones who kidnap his daughter and give him a gun, six bullets, a name-tag that will give him access to anywhere in a specific hotel, and the itinerary of Governor Grant and is informed that he must kill the Governor in 1 hour and 15 minutes or his daughter will die. The rest of the movie follows Mr. Watson as he desperately attempts to warn the Governor

Our lives are now full of everyday hustle and deadlines. Therefore, it is crucial to take a break from daily tasks. Watching relatable movies can offer entertainment as well as motivate a person.

Do watch them and let us know what’s your favourite accountant movie character?

10 Best Movies To Watch For Accountants

Movies are a great way to release work pressure. Work can sometimes be mentally challenging for accountants. In between all the tasks in hand, it is very important for them to take a leisure break so that they can get back to work with a rejuvenated mind. 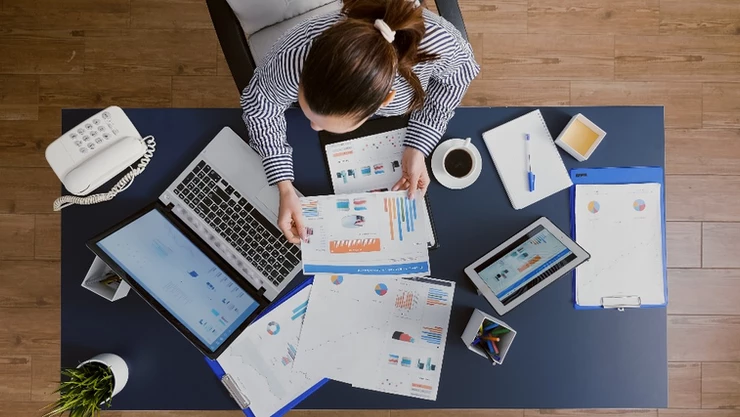 With the growing business needs and competition, the need for Bookkeepers, Accountants, and Financial Controllers also increases. To kick start a good business the need for good books is a must. To go with hand-to-hand accounts, we need books to be written which is done by Bookkeeper and to .......